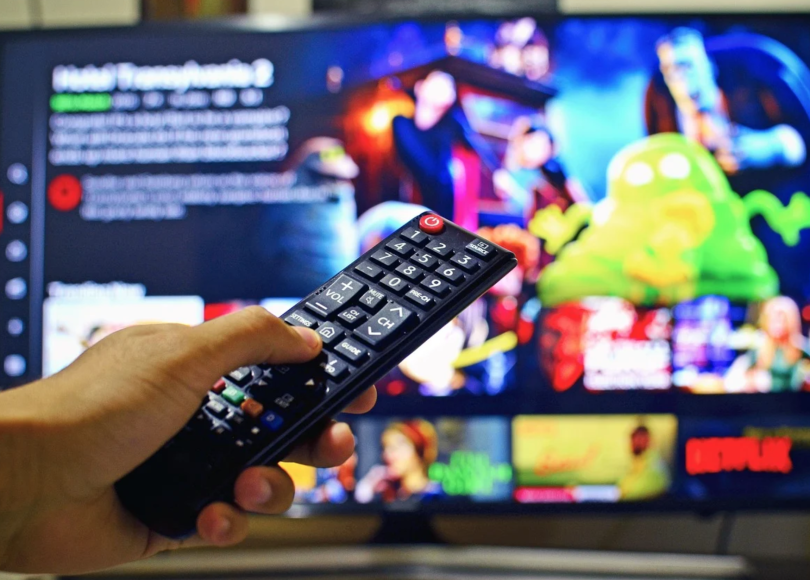 On November 5th, Netflix’s Product Manager Emily Grewal announced in a company blog the soft launch of Netflix Direct, a brand-new linear experience only available to consumers in France. To say this was unexpected is an understatement.

Netflix Direct is a new feature that lets subscribers watch a version of the service that looks and feels like a traditional linear TV channel, minus the ads. Direct, as described by Netflix France, is “a web-based experience that’s the same for everyone who watches it: a real-time service that gives our members in France some of the best French and European content” from the streaming giant program library. It broadcast movies and series on a fixed schedule, 24 hours a day, and is only accessible from a computer’s browser at the moment.

Direct was in testing phase for a month with a growing subset of consumers, and is available nationwide since last week, December 6th.

In its official announcement, Netflix explains that they “are always looking to improve the consumer experience: whether that’s better ways to discover shows, pioneering new formats like interactive TV, high quality parental controls or our Top 10 row of most popular shows.”

The company goes on by introducing the concept of lean back experience, the official reason behind this launch: “In France, watching traditional TV remains hugely popular with people who just want a “lean back” experience where they don’t have to choose shows. […] Maybe you’re not in the mood to decide, or you’re new and finding your way around, or you just want to be surprised by something new and different. […] Instead of choosing what to watch, you just want to start watching.”

So far, the company refused to comment on if it planned to roll out the feature in other countries, insisting that it was just being tested in France.

Why is Direct so surprising?

From its inception, 23 years ago, Netflix is a company that built its service and success around one simple idea: giving consumers the ability to watch what they want, where they want, whenever they want. The Los Gatos based corporation always offered a style of watching strongly rooted in viewer involvement, so why such radical U-turn?

It is even more surprising when looking back on a 2015 conference in Berlin, during which Netflix’s CEO jokingly compared traditional, linear, television programming to using horses as a mode of transport. In this analogy, Netflix was of course the automobile disrupting the consumer experience and the market. At the time, Reed Hastings predicted that linear television would decline “every year for the next 20 years”, claiming the superiority of the “customized, personalisable” experience offered by the company he leads. So what the heck happened?

Hypothetical reason for being

Specialized media, such as WIRED or Vulture, have made valid assumptions. We will cover all of these, since the actual reasons behind this feature release are most likely numerous and protean.

Chambat-Houillon, a director of studies in communication and media at Paris’s Sorbonne-Nouvelle University, explains to WIRED that this simply is a logical next step for the company. “First, Netflix streaming provided content through its catalogue. Then it began to produce its own content with Netflix Originals. Now, we’re seeing the third step: Netflix becoming a television programmer. It’s no longer about simply providing access to content, but managing the when and how of the viewer experience,” she says.

It is interesting to note here that Netflix Direct often posts up to five episodes of the same series back-to-back, making binge-watching still a part of the service’s DNA.

An answer to legitimate needs

In its reveal of Direct, Netflix explains that the feature is here to provide a “lean back” experience and help alleviate the frustration that comes with not finding quickly a program to watch. As surprising as it might seem, many studies find that a large part of streaming service users don’t browse the menu to find content to watch, with 21% saying they simply give up watching if they are not able to make up their minds.

Global measurement and data analytics company Nielsen indicates that the plethora of shows and movies available on video streaming services can make the decision-making process a lengthy one, which can be detrimental to service providers: “The average U.S. adult takes 7.4 minutes to make a selection on a streaming service. Adults 18 to 34 take 9.4 minutes, while 35-to-54s need 8.4 minutes. Viewers 50 and older abandon discovery after about 5 minutes and just dive into something.”

This assessment is what likely led to the recent introductions of a “shuffle play” functionality for select users and of top-ten lists of movies and TV shows (soon to be top 50!) for all.

In fact, TV consumption via linear channels in the United States still far outpaces time spent watching on-demand content on connected devices; at least among viewers over 35. If Netflix wants to keep growing its already enormous user base among its more mature markets, it needs to tap into the audience that prefers traditional television channels over its offerings.

While Netflix states that France is a good fit for a test before potentially rolling out Direct across all markets, in that traditional television programming remains extremely popular in the country of Voltaire, this situation is in reality not much different in other markets, as demonstrated above.

There is something truly exceptional in France though, and Netflix is understandably not wanting to shed light on it: France’s strict “media chronology” and TV channels’ governance.

Media chronology is the name given to a regulatory framework that determines when a platform has the rights to show a movie after its release in cinemas. Without going into nitty gritty details, this framework financially encourages the production of local content, facilitates its release on TV channels that supported its creation, and provides important perks to those that broadcast at least a certain percentage of locally-produced content.

As a consequence of this regulation, if Netflix repurpose itself – at least partly – as a television channel, that could also grant it certain regulatory benefits in France; in addition to ease its inclusion into more television bundles of telecom companies. It is an extremely solid assumption as to why France is the first country to introduce this feature… but the various media that expressed this hypothesis forgot to mention that Netflix itself implies it indirectly, presenting Direct as “a real-time service that gives our members in France some of the best French and European content”.

This comes at a perfect timing for Netflix France, as the French subsidiary recently confirmed that it will pay taxes on a way bigger proportion of its turnover.

With Direct, Netflix can directly curate what its viewers watch for the very first time. This opens up a number of possibilities for the platform, including using this feature as a promotional tool for underperforming content: if a new series isn’t raking up the audience numbers the company hoped for, Netflix can line up several episodes on Direct to see if it helps pique the audience’s interest.

On the other hand, as suggested by Chambat-Houillon, the feature could also be used in the future to “turn the release of hotly-anticipated episodes into a fixed-time event, in much the same way that in the UK, viewers across the nation tune in simultaneously to watch the latest Strictly Come Dancing or the Great British Bake Off.”

After all, what do you think generate more word of mouth on social media and during coffee chats: the simultaneous release of 10 episodes of a series at midnight or the release at a pre-defined prime time for the latest episode of Game of Thrones?

Even though we highlighted excellent reasons that can explain this sudden volte-face from Netflix, it is still astonishing in view of the general context: while Netflix Direct seems to be an exception for a pure player in the video streaming landscape, more and more traditional TV networks pursue the other direction and launch their own on-demand video streaming services:

This phenomenon is not limited to major international networks; French TV channels also launched their own video streaming services over the years. Canal + was a pioneer, with the now-defunct CanalPlay, yet the most ambitious efforts to date bear fruit this year: the top television networks of the country united to create Salto, the Netflix à la française.

This service is backed by France Televisions, the French public national television broadcaster, TF1, the most-watched TV channel in Europe and one of the world’s oldest, and M6.

To better understand the “why” of Netflix Direct, one has to first better understand the philosophy and inner-workings at Netflix. The Californian corporation is one of the most famous embodiments of the concept of customer experience, and has always considered competition in not just its own streaming rivals but even in consumers “enjoying a glass of wine with their partner”. That’s why the company considers Fortnite as a bigger competitor than HBO or Hulu.

Netflix’s focus on being sharply competitive, with an extended notion of competition, logically explains why linear TV channels can be perceived as a threat, especially when they progressively embrace over-the-top content in addition to their classic linear programming.

In the end, embracing linear programming might be the only way to capture the whole market.

Finally, what if we asked ourselves the wrong question? When looking at the bigger picture, Netflix Direct is probably merely a stepping stone towards more ambitious developments for the streaming service. Considering its focus on customer experience and its unrelentless ambition, the question that the company probably asked itself when deciding to launch Direct is: “does live content still hold any value to consumers?”

And, hell yes, it does, as illustrated by many events this year, from the interest surrounding the fight against COVID-19 to the US elections, from the Super Bowl to the Champions League… some content hold way more value when watched live, and can drive gigantic audience and engagement.

By creating Direct, Netflix opens the door towards a future where it will also deliver truly live content, with a strong community-gathering potential. Imagining live news, live sport events, or even live eSports competition coverage on Netflix is not far-fetched… Prime Video has already shown the way in the UK.

If the company wants to triumph, it can capitalize on its strengths and truly innovate. What about personalization, with live content based on what you liked so far? What about channels dedicated to certain sport clubs, featuring their live games in addition to documentaries, interviews, analysis, 24 hours a day? Most fans around the world are not happy to pay for the entire rights of a certain sports league, and would surely appreciate a less expensive a la carte approach with personalized editorialization.

This concept could be replicated to gaming, with certain games or game genres (reviews, tutorials, eSports, pro tips, behind-the-scenes, live gameplay, and more). And if we speculate even further… that would be an ideal companion to a more direct entry into cloud gaming. Why not enter the arena when you have such infrastructure, such global footprint and when Fortnite is one of your biggest competitors? After all, Fortnite has proven multiple times that it understand the importance and value of global live events.

Thanks for reading,
Antoine